Looking Into The Crystal Ball 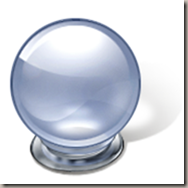 Our theme, where publishing is going, is pretty much anybody's guess. Back when I started writing, paper books and magazines were the only way to go. Okay, I admit I still love the feel and smell of a paper book. But things have changed rapidly in the last few years, and not only with publishing. Remember Superman ducking into a phone booth to change? No matter how smart a phone is, it won't offer cover for costume donning. Now almost everybody has a cell phone—and they can be life saving in an emergency. Which is why I got my, not smart, cell in the first place.
I have to be honest, I was dragged into the computer age kicking and screaming. My first encounter with a computer terrified me. I was sure I'd push the wrong button and blow the entire building to smithereens. Slowly I learned to use the thing, and then I began to like the thing. Today, my laptop and I have a love-hate relationship. I love what it does, but sometimes I want to throw it out the window.
The same is true of electronic publishing. Yes, I was once one of those paper snobs who believed e-publishing wasn't REAL publishing. Once  again, time proved me wrong. Today I've had short stories, novellas, and novels published electronically. And I wouldn't trade the experience for anything. Electronic is the way to go.
Does that mean I believe the future will be paperless? That all reading material will be electronic? Let me look into my crystal ball and tell you.
I see electronic publishing growing and changing in ways we can't imagine right now, and in many ways staying the same—a different version of paper books and magazines. Paper isn't going anywhere, at least not anytime soon. There are too many people who prefer paper, and who dislike or even hate computers and spinoffs like tablets and e-readers. Still, e-books are going to be a bigger and bigger part of the publishing pie. I have two books available in both paper and electronic formats. The e-books outsell the paper by a huge margin, and I hear the same from my writer friends.
It's hard to believe, but electronic reading material is only a few years old. Try to remember that when you see typos and format issues in e-books. We as authors, and our publishers, are still learning. And besides, NY Times bestselling hardcovers have typos too.
It's true, you know, sometimes, the more things change, the more they stay the same.

This month's theme at Beyond the Veil is (insert trumpet fanfare): What's next in publishing?

Wait.  You're asking me?  Oy vey, have you got the wrong vampire--mean, writer!

I am the last person to pay attention to what's trending on editors' desk. It's not just a matter of writing too slowly. The publishing landscape is changing so quickly, chasing today's anything is a certain guarantee of obsolescence.

But there does seem to be one trend likely to continue through 2014, one with the potential to change the very nature of modern publishing: crowdfunding.  More and more creators of every stripe--as well as publishers, community organizations and other enterprises--are funding their projects by appealing directly to the public.  It's a lot like Pledge Week on public television, only instead of funding programs pre-selected by someone else, you target the projects you wish to support--or create your own.

Nerds like me have been worshipping at the altar of Kickstarter ever since the successful funding of Veronica Mars. (Which will be released this spring--Squee!)


But that's just the head of the proverbial pin upon which angels dance. According to Kickstarter, in 2013, three million people pledged $480 million to fund 19,911 projects ranging from skateboard parks to Happy Canes (I don't make this stuff up, folks) to a human-powered helicopter. Meanwhile, the Kickstarter-funded indie movie Blue Ruin won at Cannes.

And Kickstarter is only one crowdfunding platform.  There are dozens, and more set up shop every day.

Regular readers may remember my December 10 and December 14 blogs about the Kickstarter-funded anthology Athena's Daughters, which includes my short story, "The Gap in the Fence".  The Kickstarter succeeded beyond our wildest expectations, collecting over five times the amount needed to fund the anthology. To make that achievement even more remarkable, of the original cast, only BtV's old friend Gail Z. Martin qualifies as a bestseller, though there are several award-winners.

How did we do it?  The short answer: a lot of hard work on the part of everyone involved.

The first thing we had going for us was a killer concept: a book about strong women by women, illustrated by women, edited by a woman and introduced by Colonel Pamela Melroy (USAF, Ret.), the second woman to command a Space Shuttle. There hadn't been anything to compare since Marion Zimmer Bradley's old Sword and Sorceress anthologies. 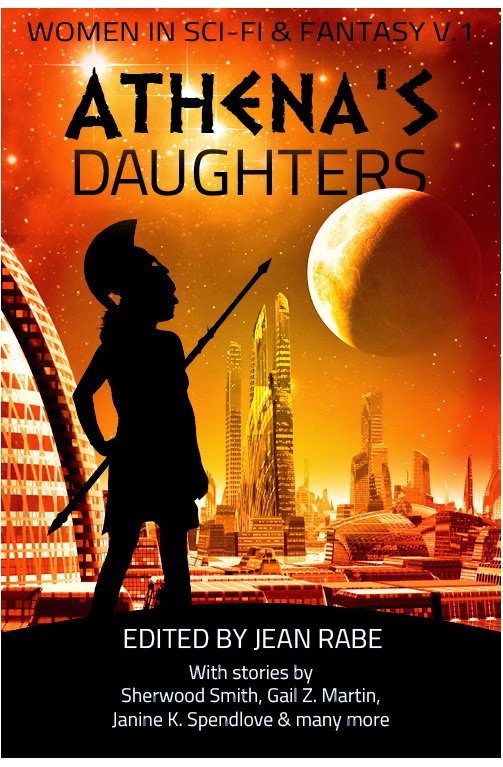 The second was the well-thought out Kickstarter plan developed by our publisher, Silence in the Library Publishing.  From the start, we had clearly defined goals--including goals for funding above and beyond the  original request--and a lot of great incentives for backers.  By the time the Kickstarter ended, backers at the $5 mark were in line for over a dozen ebooks in addition to the electronic version of Athena's Daughters, a CD download and two audiobooks.  Backers at higher levels will receive even more.

Even so, it was a good thing there were so many of us involved.  Generating the necessary buzz meant each of us pushing out multiple mentions every day on Tumblr, Facebook, Twitter, blogs and newsletters.  Then there was the GoodReads page, which demanded its own blogs and responses to all the folks who submitted comments and questions.

It was a tremendous time sink, even when we powered past our original goals and began funding secondary projects, such as Apollo's Daughters--stories about strong women written by some of the biggest names in the Star Wars franchise, among others.

The guys, bless 'em, gave it their best, but frankly they couldn't compete with the tagging and hashtagging prowess of the women.  Tagging is critical for promotional social media purposes, because it's the only way to beat the algorithms used by the big sites to elevate the visibility of monetized posts (i.e., paid advertising).  On the flip side, it was SitL publisher and editor Bryan Young who snagged us mentions in i09 and other big-name blogs.

From a marketing standpoint, the interesting thing was most of our contributors didn't access the Kickstarter from these articles and posts.  They sailed in from the Kickstarter homepage, attracted by our position as one of the most popular projects and by the concept.  Again and again, comments on the project celebrated the fact Athena's Daughters was by women and about women, in contrast some recent big name anthologies edited and populated almost entirely by men.

We had a few trolls, too, but we ignored them. It proved to be a great strategy. They generated more talk and more contributions.  It must have driven our detractors crazy to realize they not only helped fund an all-woman anthology--in ebook, trade paper and hardcover versions--but a second woman-centric anthology and the basic costs of a sequel, which unlike the invitation-only original will reserve some slots for open submission.

Another interesting aspect was the sensation of running a marathon. The numbers became mileposts, and on the last night of the Kickstarter, all of us began obsessively refreshing the page. We got so hyper, friends and family members started throwing money at it to calm us down.  And when it was all over, we found ourselves elated and exhausted.

And winners all--writers and readers alike.  I can't wait to read the anthology, now with seven extra stories and extra illustrations, thanks to the additional funding.  Athena's Daughters is scheduled for publication by August.  It seems a long way off.

But then, so did January 8 when the Kickstarter opened December 10.  :-)

(For those of you who'd like a taste of what's to come, I've posted a short excerpt of "The Gap in the Fence" here.)

Posted by Jean Marie Ward at 9:00 AM No comments:

Wow, 2014. Wasn't it just Y2K yesterday? Remember the panic in 1999? Some people thought that the sky would fall the second we flipped our calendars over to the new millennium. Computers would crash, the stock market would explode, there'd be a run on banks, global market would collapse, zombies would come out of the woodworks...

Do you remember what happened?

Skip ahead to 2014. Today, there are still fear mongers out there saying that the publishing industry is falling and the book world as we know it is going to collapse. But is it?

I tend to have a very optimistic look on life. I agree that the publishing industry is not the same today as it was in 1999. But I don't think change is bad. We are human beings for heaven's sake. When change happens do we freeze in the past, stick our heads in the mud and do nothing? Nope, we look for ways to change too. We look for opportunities.

How many of you are reading books on devices now? Does that also mean that you NEVER read a paperback? I would bet money that you do both. I would also venture to say that you have bought more books now than you ever did before. I know I do. I've got far more books lined up to read than I ever did. I can buy a book with one click now. One click!

The publishing industry is moving fast to keep up with the digital changes.

Posted by Kimberley Troutte at 10:49 AM No comments: