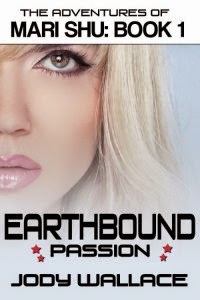 2) It's tongue in cheek. I mean, how sexy is a tongue in a cheek? Nevermind that when you see a person probing his cheek with his tongue, it usually that means he's trying to get food out of his teeth. Just ignore that.

3) It's like getting 6 books for the price of one because it's a branching fiction structure with several different endings. So if you hate the way it ends, you'll get another choice!

4) The book -- this volume, anyway -- does not contain any unicorns.

6) This is the beginning of a series but there are no cliffhangers. Again...in this volume.

7) The second book in the series is already available -- no waiting!

8) The book contains the phrase "loaner boner." Don't you want to know what THAT is all about?

9) The heroine's sainted grandmother is very revered and respected, so the book is, like, respectful of our elders.

10) The heroine is devoted to her younger siblings, so the book is, like, tight with family values.

11) There's a character named Pagan Taupe, and if you can guess what that's spoofing, I'll email you a really nice photo of a cat.

12) I have promised to publish all my hate mail in a book entitled "The Hate Mails to Mari Shu" but I haven't gotten any hate mail yet. This might mean there's nothing to hate about the book, which is a huge recommendation!

13) There are nearly two pages of quotes and comments from other people and authors about this book, another huge recommendation. Gems like:

What are you waiting for?

I had a new book release earlier this month and the follow-up book will be out on 11/11/14. Here's a little bit about them. First, JACOB'S LADDER, the next book in the String of Fate series that started with CAT'S CRADLE and KING'S THRONE.

Jake can see the future and there's a special woman on his mind. She needs his help and he's just the man to help when danger stalks her every step.

A woman with responsibilities...

For Ria, being the Nyx - the leader of her people - comes with burdens that few can understand. Her special abilities make her a target of the Venifucus, an ancient faction that hopes to pervert Ria's hereditary power to their own evil purposes. She's lived her life on the run, but the time has come to turn and confront the bad guys on her trail.

Can they stop the Venifucus from using the ancient power of the Nyx to return evil to this world? Whatever the cost, they must stop it, before it's too late.

And the follow-up book is called HER WARRIORS...

Love triangles are always more interesting when they come equipped with claws...and flippers?

Beau has anger issues, but not when he's around Jacki. The fierce tiger shifter has been following her around like a puppy, but she hasn't taken notice of him...until now.

No matter how long Geir has lived in the States, he's still the odd man out. A tiger shifter native of Iceland, he is a Master of his craft, training other warriors the skills he has perfected. When he sees Jacki for the first time, he knows she is the one for him.

Jacki is the privileged daughter of a prominent shifter Clan. Most of her relatives are lion shifters, so she knows how to handle cats on the prowl, but she is a much rarer selkie-a seal shifter-imbued with magic and surrounded by mystery. When an opportunity arises to step into a key role in shifter society, she is uncertain, but willing to try. And when she's told she doesn't have to choose between the two tigers, but rather, can have them both, she is more than intrigued. But someone is stalking their path and they must work together to nullify the danger, all while trying to figure out a complicated relationship that has all three of them questioning fate.

This series is related to all my other paranormal series, but follows a group of big-cat shifters on the East Coast of the US and Iceland. The events in the String of Fate series are related to the events in my Redstone Clan series and some characters and situations are shared between these two series as well as my Tales of the Were as a whole. And readers of my Brotherhood of Blood series will recognize the themes and a few of the supporting characters as well. It's all one big happy, complicated family! ;-)

For more information on all the related books in these various series, check out my website at WWW.BIANCADARC.COM. Happy reading!
Posted by Bianca D'Arc at 9:05 AM No comments:

Ok, I just read Noony's last post and naturally, I clicked where she told me to click because...baaa, right?

It's a good thing I just went to the bathroom, otherwise, I'd have moistened myself. Hyperbole and a Half is worth all the awesome in the internet.

Well, maybe not all of it because that would leave no room for NaNo (or YouTube videos of cats).

We all know that the idea is to cram 50K words into 30 days of writing. There are people who can do this. They're like...double rainbows. You know they're real because you see videos of them on the internet. They're not like unicorns because the internet pictures of unicorns look like this.

I'm so not going to win NaNo. I write slower than a bear with its tail stuck in the ice. No worries, though. I always end November with more words than I thought I would and I'll tell you why.

Writers tend to be solitary by nature. When you're writing a story, it's really just about you and your computer, getting the words out of your brain before they start stinging like wasps. There's no room for anyone else in there because 3rd parties get in the way of the process.

But I'll tell you this. Hermits get weird. All the worlds in your brain start to take over and pretty soon, you're seeing cats riding fire-breathing unicorns through double rainbows all the time.

That's when it's time (ok, a little past time) for you to pack up your laptop and your power cord and haul yourself out to wherever your local NaNo Write In is being hosted. It'll be in a library, or a bookstore, or in a church basement, or at the student union of a local college. There will be coffee.

Most importantly, there will be people. (You should shower before you go. Hermits frequently begin to smell a little...funky.) People who are blinking at the bright lights the same way you are. People who, when you meet them, the first question they ask isn't "What do you do?" but "What are you writing?"

These are your people. Some of them have never done this before and they're afraid. Be nice to them. Some of them think they have all the answers. Obviously not, or they would be 'Hyperbole and a Half' - and they're not. But most of them are a lot like you. They write because it's what they do. NaNo may be the only time some of them give themselves permission to dig deeper into their writing.

But mostly, being around other people as they write sends this buzzing sort of energy into the air around them, and around you. And it starts humming and whirring and leaking into pores and crevices and the combined power of awesomeness in the room somehow ends up leaving folks with more energy than they came in with. Creativity is greater than the sum of its parts.

For more information on finding Write Ins in your area, register at the NaNo website (free!) and find your region by clicking on "My Region," then "Find a Region." That group should have lots of information on where to find official NaNo Write Ins, as well as a few informal ones.

Double rainbows, dude!
Posted by Sela Carsen at 8:56 AM No comments: 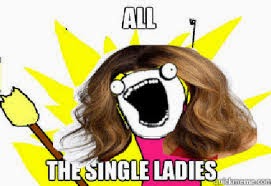 Okay. It's no secret that I use lolcats and other copyright-free images when I do blog posts, out of respect for the artists of the image.  It's also no secret, through maybe less well known, that I adore Allie of Hyperbole and a Half.  If you haven't read "This Is Why I'll Never Be An Adult," you are truly missing out.  Go read it and come back to finish.

NaNoWriMo is next month, which is National Novel Writing Month.  For those of you that aren't familiar with it, the objective is to write 50,000 words or more during the month and end November with a completed novel draft.  It's described as "30 days and nights of literary abandon."  Hoo-rah, baby.  I adore it.

So this brings me to today.  It's the 23rd of October (!) and it's my day to post.  So I go looking around for an image to use, maybe "Write all the words" or something from Allie's, now viral, meme.

Instead, I find the image above and died of teh funneez.

If you're doing NaNo this year, look me up; I'm a.catherine.noon there and I'm volunteering as a Municipal Liaison for Chicago Region.  Hope to see you online or in person!

--
“It takes courage to grow up and become who you really are.”
- E.E. Cummings

**New** SEALED BY FIRE is available from LooseId LLC. An All Romance eBooks Bestseller!