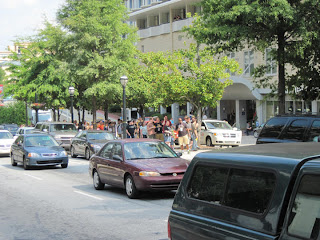 1. Dragon*Con 2010 was all about the lines, starting with the multi-block, multi-hour lines for registration Thursday, September 2. The final figures have yet to be published, but I'm sure the con exceeded last year's numbers by several thousand. 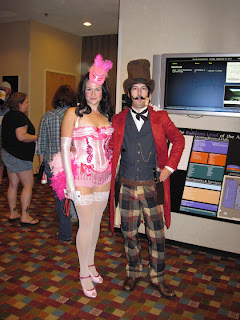 2. But that didn't deter revelers, many of whom had already donned their costumes. 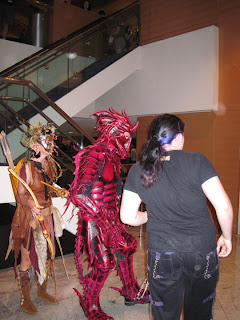 3. Costumes like this gorgeous articulated elf and dragon, who were so popular, I couldn't get close enough for a good shot. 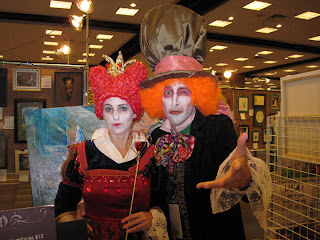 4. There were fabulous costumes everywhere you looked, including the Dragon*Con Art Show reception. By Dragon*Con day, the Red Queen and Mad Hatter were artists and vendors at the Art Show September 3. 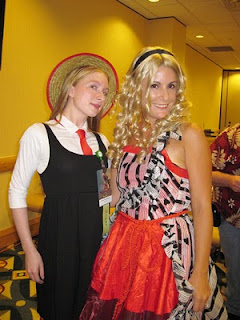 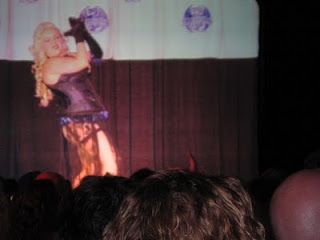 6. This year they moved the Dragon*Con Cabaret burlesque show to the Hyatt's Regency Ballrooms, which meant there was enough room for your fearless photographer to sneak into the show, late as always. (I was on a panel. Honest!) But even so, the house was so full, I was squeezed into the very back and watched most of the show on the Jumbotron. 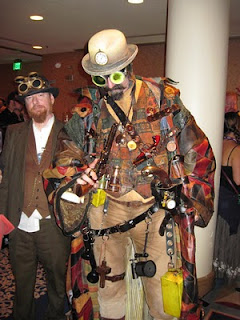 7. Some of the con's most extravagant costumes could be found at the Grand Pirate and Time Travelers Ball at the Westin Peachtree Plaza, Sunday, September 4. I presume this gentleman is a steampunk bounty hunter. He looks ready for anything, from varmints to vampires. 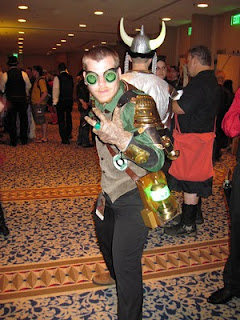 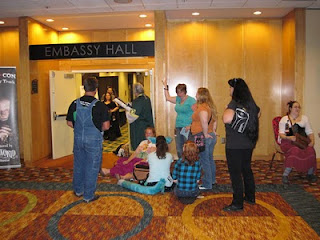 9. Did I mention the lines? The Dark Fantasy Track's 10 p.m. Sunday panel "The Taste of the Forbidden" featuring Laurell K. Hamilton was so popular, people were still standing in line for it at 10:45. And no, there wasn't an 11 p.m. panel to justify another line. 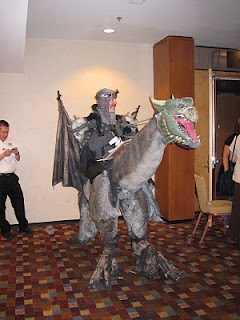 10. Even after the Sunday night Dragon*Con Masquerade, this Dragonrider was a big draw for cameras and fans alike. 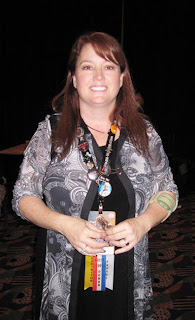 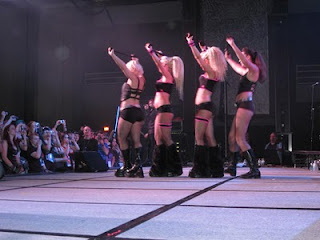 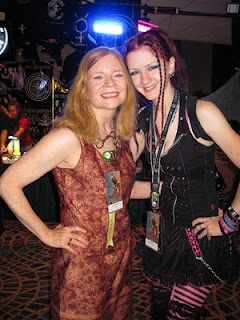 13. Cruxshadows Pyromantic and keyboardist extraordinaire Jen Jawidzik (right) persuaded me to step out from behind the camera for my final con photo.

What? You were expecting me to end with the photo of Laurell K. Hamilton dancing onstage to "Marilyn, My Bitterness"? No way. I have to generate traffic to my Flickr page somehow. Enjoy! ;-)