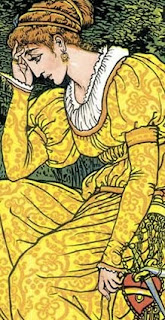 My new story and I have reached an awkward stage in our relationship.

I know what the story’s about: a naïve aspiring reporter helps an enigmatic sorcerer use the magic of Washington, DC, to take down a corrupt politician. I’m desperately in love with the setting. How can you not get all tingly at the prospect of writing a story set in a world capital crammed with historically charged relics and quasi-magical objects where there’s a pentacle set right into the street grid? And it’s my hometown. I love my hero and heroine, and I loathe my villains. But I don’t know who they are, and being a dyed-in-the-wool plotter, I can’t write about them until I do.

Wait a minute, you say, didn’t I just claim to love my characters? I did. I do. But I don’t know their names.

This happens to me a lot. Most of my stories start as a visual—a single scene or a character. It erupts like a camera flash in a darkened room, imprinting its image on my retina for a long time afterwards. Usually, however, that image is all I’ve got. I have to prod it with hot pokers to tease out the details. Sometimes I can see the character and his or her back story in cinematic detail, and still have no clue to his or her name.

It isn’t always that bad. Every so often, the character walks up and introduces him- or herself. Earlier this month, I submitted a story to an anthology focused on 21st century fae. Because I’m warped, I decided to write about a half-human cat sidhe trying to avoid getting neutered when he’s taken to his local animal shelter.

The obvious name for a male cat in that predicament would be Tom, but my guy said no way. His long-absent cat sidhe father was a Tom, Tom Tibbert—presumably related to Tibert (or Tybalt), the cat who often ran afoul of Reynard the Fox in medieval folklore, and whose hot-blooded character may have been an inspiration for his namesake in Romeo and Juliet. Instead, my hero called himself Jack, a name as far away from his feline heritage as he could get. The name of his Daoine Sidhe nemesis, who figured out how to become a veterinarian in spite of a serious iron allergy, came just as easily: Cait Kellas, the wild Kellas Cat of Celtic mythology. But Jack’s helpfulness didn’t end there, he even told me the title of the story, “Fixed”.

Personally, I think he was scared of his heroine, an awesomely competent young woman whose name loosely translates into “She who must be obeyed”. The process by which she acquired her name is typical for my human characters.

This character arrived brandishing a healthy chunk of back story. I knew her age—sixteen as of the projected publication date of the story. There was also a good reason why she had to be Japanese American. With these facts in hand, I went to Wikipedia and pulled up their list of popular Japanese actresses, looking for first names which would work in both cultures. I discovered “Erika” and its diminutive “Rika” were popular in Japan. In addition, according to the Social Security Administration, “Erica” was among the Top 100 U.S. Girls’ Names for 1996, the year my character would’ve been born (if you take book production cycles into consideration). An added plus was the name’s meaning: always ruler.

My character liked Rika. It was modern, a little bit edgy, and the meaning really fit her take-charge personality. Having a name meaning that reflects a character personality or appearance isn’t essential for me. In some cases, it can actually be a turn-off. But when it works, I let it.

Next came her surname. While I was trolling the list of Japanese actresses for first names, I was jotting down last names that were easy to say but didn’t have any associations that might interfere with my depiction of the character. For example, Tanaka is one of the most common family names in Japan. But I can’t see it without recalling “Tiger Tanaka” in the James Bond novel and movie You Only Live Twice. Chances are if the association is that powerful for me, it would get in the way of my readers, too.

To my preliminary list of actresses’ last names, I added the entries in the Wikipedia list of most common Japanese family names and the comments on Wikipedia’s Japanese name page. Finally, I reached the point I call the Spaghetti Test. I started throwing various last names at Erika/Rika to see which one stuck. Ultimately, we—I mean, I decided on Erika (Rika) Nakamura, because it sounded good.

To name a villain, I’d go through an additional step: searching on the name to see if it happens to belong to anybody famous, or at least famous enough to end up in Wikipedia. I prefer not to name my villains after real people. It’s just mean. But I really, really don’t want to give a villain the name of an under assistant secretary of something in the 1980s, especially not a villain who happens to be a politician. The individual in question might think it was personal.

Most people don’t mind having a hero named after them, but for the sorcerer I’m writing about now, that could get real dicey. I can’t use another character to intimidate him either. He’s the avatar of a god, and he knows it, dagnabbit.

Quasi-divine characters are (ahem) hell to name. You want a name that conveys both authority and mystery—and doesn’t make your readers spew cola out their noses the first time they say it aloud.

Some writers express a character’s magical potency and charisma by misspelling inherently powerful words, like “reign” or “wrath” or “lust”. I can’t. The very notion makes my inner pedant cringe. Of course, I wince when I hear people say “imply” when they mean “infer”, and “disinterested” instead of “indifferent”, so what do I know?

Another popular tack is to use the common archangel names: Michael, Gabriel or Raphael. I might resort to that if my sorcerer continues to play coy, but it’s a bit cliché. I’d prefer to give him an ordinary name that’s strong, fairly common and yet fitting. Names are an important tool for creating a character’s image in the reader’s mind. They are also self-fulfilling prophecies. I couldn’t name this guy Dick, even as a temporary measure, because sure as shooting, he’d start acting like one. That’s just how my mind works. To make matters worse, the son-of-a-gun told me which god he incarnates. Suddenly, there are whole categories of names I simply can’t use, unless I want to make him really mad, which is something I absolutely, positively don’t want to do.

At least, not at this point in our relationship. We’ll get there eventually. One of the eternal truths of writing is, sooner or later, your characters will hate you for the very things you do for their own good. They’re like children that way, or pets on the way to the vet.

Meanwhile, I’ll just keep throwing names at my sorcerer and see if any of them stick. Without a preselected list of candidates, the Spaghetti Test is a slow, random process.

And it leaves my dashing, enigmatic, nearly divine hero covered in spaghetti. Score!
Posted by Jean Marie Ward at 1:00 AM

I can write a great many things without knowing what comes next and what it's all about. As long as I have that spark image and a name. You can't write without a name be you a plotter or a panster. I spend afternoons just leisurely flipping through our various name books for things that jump out. And any time a name catches my attention with a particular premise I put it in my notes document because they are the beginning of everything.

Good luck in finding the name that works for your hero. I know it'll be...divine! *wink* 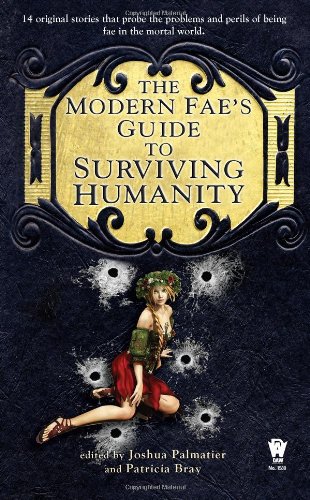