The Gods of Egypt I’ve bitten off a chunk today as I begin a brief study on the Egyptian pantheon.

The Old Kingdom had it’s fair share of gods who occupied levels within levels of deity – the vast majority of them concerned with the afterlife, which was a vastly complicated realm.

However, the pantheon was also split into geographical regions, with different cities worshipping different sets of gods. Each mini-pantheon included a creator deity at the head with various other gods as back-up singers. Gods of destruction and death, gods for sickness, for fertility, for agriculture. Plenty of gods related to water and the Nile.

There’s no possible way I could take on all the different sets of gods in one blog post. In fact, Egyptian mythology twisted in on itself as time went on and by the time of the New Kingdom (about a dozen dynasties after the Old Kingdom), many gods had found common identities and shifted their names accordingly.

Let’s take, for instance, Ra. Or Re (don’t even get me started on trying to work out the different spellings. Let’s just say that hieroglyphics are phonetically and linguistically…fluid). Ra was an important figure in Egyptian mythology because he was the god of Sun. This being Egypt, the Sun was a big part of their lives. Legend says that the Egyptians were created from Ra’s sweat and they called themselves the Cattle of Ra.

In the Old Kingdom – by the way, when I say Old Kingdom, I mean 3rd millennium BC – Ra, the god of Sun, was It. All other gods had some relationship with Ra in his forms as morning sun, mid-day sun and evening sun. But there were other powerful gods, such as
• Amun: chief creator god of the pantheon in Thebes
• Atum: creator and sun god of the pantheon in Heliopolis
• Horus: god of the sky, portrayed with the head of a falcon

By the time of the New Kingdom – 11th-16th centuries BC – Egypt was less a conglomeration of city-states and becoming a united country. Therefore, they had to adjust some of their religious beliefs to accommodate that unification.

Ra, therefore, became joined with other gods, creating the deities of Amun-Ra, Atum-Ra and Ra-Herakhty (a Horus-Ra combination).

Ra was also at the basis of Ancient Egypt’s sole brief bout of monotheism. During the reign of Amenhotep IV, the pharaoh changed his name to Akhenaten to honor the god, Aten. But Aten wasn’t so much a god as he was the Sun himself. Aten’s full title was “The Rahorus who rejoices in the horizon, in his/her Name of the Light which is seen in the sun disc.” Which is kind of a mouthful, so I’m glad they settled on just plain Aten.

Worship of Aten, however, faded away when Akhenaten died. So much for state-sponsored religion.

The cult of Ra, in one form or another, was a constant throughout Ancient Egypt and his power spread from the journey of the sun to the Underworld.

This blog post has become sufficiently lengthy and we’ve only touched on one aspect of the Egyptian pantheon. Next time, I’ll blog more about Egypt and their relationship with Death.
Posted by Sela Carsen at 8:37 AM

So I guess it wouldn't have been considered sacrilege to begin and end one's prayers with "Moo"? [grin]

Actually I have a little story to share about Horus. It has become a bit of a family joke that when we run across a statue, one of us tries to mimic the way it's posed while the other snaps a picture.

At the Louvre in Paris a couple years ago, my husband snapped a picture of me next to a statu of Horus while I mimicked its pose.

Just a few minutes later, crossing a street outside the museum to get to a coffee shop, I came within a hair of being run down by a motorcycle which had run a red light.

Needless to say, I have never mocked a god since! :)

I love ancient Egypt! I've actually had an idea floating around inside my head. It deals with the Pharaoh, Hatshepsut, and the mystery surrounding her death. I plan on writing a fantasy/paranormal novel about it. You seem to know alot about Egypt. Maybe I'll send you a message or two for advice later on. :)

Talking about the Egyptian Pantheon is like going home for me. My primary god and goddess are Egyptian--Anubis (to me the god of justice), and Sekhment (whose name literally means "She who is powerful.")

A few years ago, my entire family visited an Egyptian exhibit at the Grand Rapids Museum. I cannot describe the true depth of feeling I had surrounded by artifacts of a time I feel sure to hold one of my past lives. Then, I rounded the corner and found a 6' black stone statue of Sekhmet.

It was as if she sppoke to me; I could hear her lionen roar, could feel her power.

I knelt before the goddess.

My daughter couldn't understand why. I wiped a tear away as I explained my position by telling her that I was reading the plaque at the goddess's feet.

You're not supposed to touch the statues in the museum--I did. And, in the climate controled room, the stone was not cold beneath my fingers.

Great post Sela. I've also had a brush with a god *grin*

I went on holiday in Egypt at around the time we were trying for a baby. At that point, nothing was happening.

So, in Luxor I walked seven times around the scarab in Karnak and bought a small hippo from the Cairo museum ~ I can never remember that Goddess' name, but she's protector of women in childbirth. Two weeks later... yep, I started to feel queasy.

And when we wanted another? I secretly rubbed the hippo. I was pregnant within 3 weeks.

I LOVE Egyptian mythology and Ancient Egypt in general. In fact, I've got my tickets all ready to go and see the King Tut exhibit in Philly next month.

As much as I love Ancient Egypt, I hate the heat, so I guess I'll just have to dream, eh?

I'm hoping that Carrie accepts the second book of my series, called THE ANKH OF ISIS.

(THE CROWN OF ZEUS will be out next Feb. - can you tell I love mythology?)

LOL - WOW! the cattle thing made me smile... as did the thought that anything which seemed to be out of their immediate control turned into a God. Interesting. Also wets the imagination... stories, plots... :) Thanks!

A good basis on how to make your own religion :)

LOL at Mooing, Carolan. What a story! Don't mess with Horus!

Rose Marie, I wouldn't consider myself an expert by any means -- sounds like some of the other folks who commented know LOTS more than I do! The Hatsheput story sounds like fun, though.

AE, that's such a powerful tale! Thank you so much for sharing it with us!

Kim, I think you're talking about Taweret, The Great Female. She was the goddess of maternity and childbirth, protector of women and children. Sounds like a good deity to have on your side for conception!

Cole, that's the idea. There's no way I can do a complete survey on any of the pantheons, but I hope to spark a few ideas.

SJ, you cynic. That's exactly what I was thinking. ;)

You know, I really must lay off this subject entirely... I was almost run down AGAIN today by a guy on the run from half the cops in Lucas County!

Great post Sela. Looking forward to the one on death. :-)

Great post! I've never really been into Egyptian history until recently. This stuff is interesting.

Carolan -- you'd better watch out! They're out to get you now! *gg*

Gabriella, glad you're enjoying it. The research for these posts is fascinating.

NJ, I knew a fair bit about Egypt when I was young, but kind of let it slide until now. The stories are bringing back lots of childhood memories for me.

I wanted to follow up on something. Ae Rought said in her comment that her primary god is Anubis (god of justice to her). I'm curious about this because my reference points to Anubis as being god of death. Has anyone else heard of Anubis being associated with justice?

Actually, being the god of the Underworld has overtones of Justice. Anubis weighed the heart of the dead against the feather of Ma'at -- the goddess of Truth. He was also the one who decided where your place in the Underworld would be.

Thanks Sela! That's what I wanted to know. 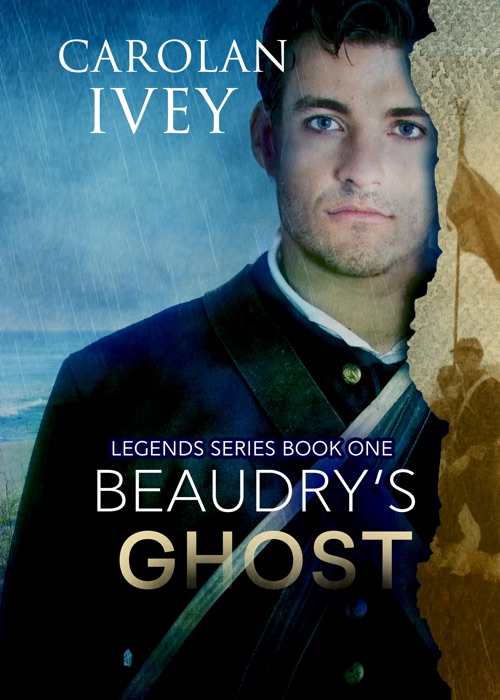