There’s nothing like a sf/fantasy convention to get me going. And nothing like a series of storm-induced power outages to stop me from blogging about it. Or at least slow me down.But I’m nothing if not persistent. So here, at last, are my photographic impressions of Balticon 2008, May 23-26. 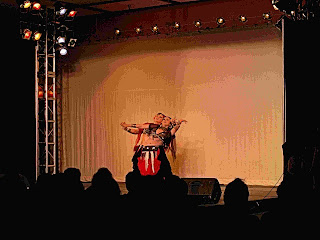 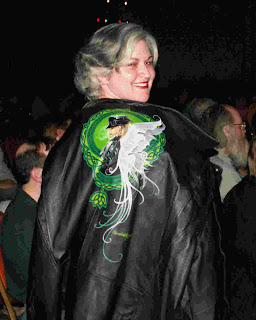 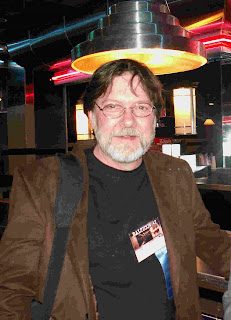 John Jude Palencar was the con’s artist guest of honor. Several of his disturbingly beautiful canvases were on display in the art show and in the pages of the program book. Funny, he looks like such a regular guy. Must be the artist's version of "He was such a quiet guy..." 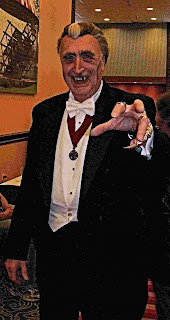 Master costumer Marty Gear served as monster—er, master of ceremonies for the Balticon Masquerade on Saturday, May 24, which included the annual Bobby Gear Reading Is Fundamental Charity Auction. He and Castle Blood colleague Ricky Dick will also host the 2009 Costume-Con. 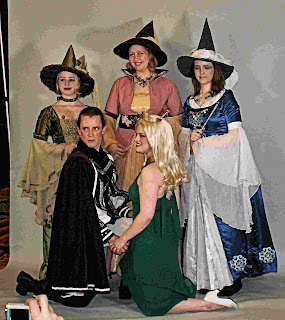 The winning entry in the Masquerade took Princess Aurora through every costume change in Walt Disney’s Sleeping Beauty while still on-stage. Her pink and blue gowns, worn over the green dress shown here, was sewn as a reversible wrap her Prince Charming flipped back and forth as they danced. The winning team comprised Gaia Eirich, Megan Taylor, Sharyn Eirich, Fiona Schram & Brian Harrington. 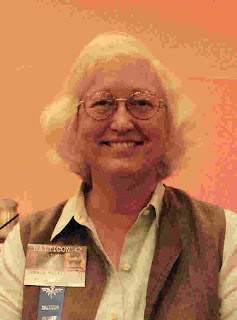 In her guest of honor interview, writer Connie Willis confessed her love of writing Christmas stories. The one she’s working on now concerns a robot who wants to be a Rockette at New York’s Radio City Music Hall. 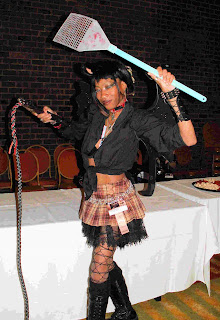 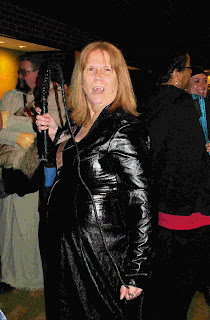 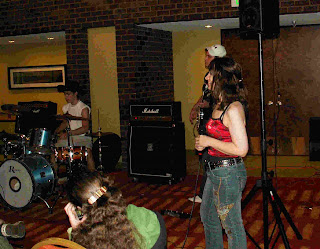 Writer Catherine Asaro (in the red top) performs with the Baltimore rock band Point Valid. The band is recording a CD for Catherine’s next book, Diamond Star, which features a rock star in the future. 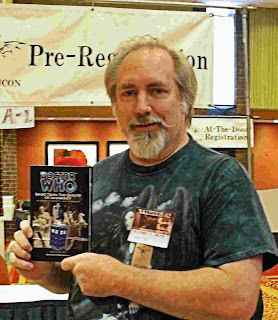 Writer Richard C. White holds up the latest Doctor Who: Short Trips anthology. The anthology, which focuses on the Doctors from the early series, features Richard’s story “The Price of Conviction”. 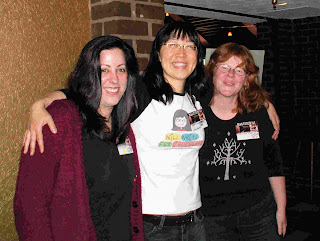 The Toronto-based filk trio Urban Tapestry thought nobody would attend their combination kaffeklatsch/workshop Monday afternoon. Then they moved it to the bar. Suddenly all the tables were jammed. The group consists of (left to right) Jodi Krangle, Debbie Ridpath Ohi and Alison Durno.

Boy, you were not kidding about John Jude Palencar! I didn't realize I had seen his work until I went to his site and perused some of his illustrations. Weirdly wonderful. :)

I'm trying to phenagle my way onto the guest list for next year's Balticon. Looks like you had a terrific time!

It's a very nice con with a nice dose of silliness, Christine. I think you'll like it. The key to getting on the list is to start now. The programming director is Sue Phillips, but that may change next year.
Yeah, JJP is one of the most recognizable and awarded artists out there. He's been doing the covers for Charles de Lint for so long, I can't imagine anyone else.
Hugs and smiles,
Jean Marie

Yay! It is awesome to see that people went to the masquerade! Thank you for the note and photo of our group - very appreciated! =o)

My pleasure. I really enjoyed the show. Cheers and smiles, Jean Marie