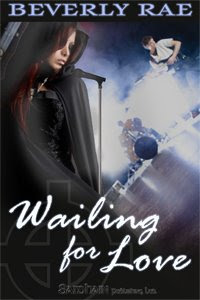 (WARNING: Not for readers with sensitive tummies.)


I’m a dog person. I’ve always had at least one dog in my life since I can remember. I don’t really care what kind of dog I have as long as it has a good personality. However, having had dogs in my life, I know that, like people, they have their own idiosyncrasies. But I have to say shih-tzus are the worst.

I’ve owned three shih-tzus and each one has eaten anything and everything in sight. The first one, Wiggles, ate nuts and bolts. Not the edible fruit, mind you, but actual steel nuts. Did this bother his stomach? Not a chance. Instead, he’d simply consumed whatever pen we mistakenly left lying at the edge of the coffee table. Wiggles finally passed away from arthritis-related problems, but his stomach was as solid as ever.

Maxie, our next shih-tzu, joined us about two years ago. Unlike Wiggles, Maxie had a less refined pallet. Instead of hardware, his taste ran toward─how shall I say this politely?─the excrement of others as well as his own. We tried all the vet’s recommendations, but none turned him off the stuff. Instead, we simply resigned ourselves to following him around whenever he went outside and picking it up before he had a chance to ingest it. But did his odd craving upset his tummy? Not on your life.

Then came the latest shih-tzu, Sammy. Sammy is a recent addition to our home and he fits right in with Maxie and our poodle, Lady. After seeing what Wiggles and Maxie had consumed, we weren’t worried when Sammy began eating sticks, leaves and even the bark off the trees. We figured his stomach was as lead-lined as his “brother’s” tummies.

Boy, were we wrong. When everything Sammy ate started coming out the other end─and not in a good way, if you get my drift─we headed to the vet. As predicted, they told us to keep him from enjoying nature so much. We tried, but the pup simply persisted in putting something in his mouth whenever he explored the backyard. And the problem on the opposite end kept on coming─again, if you know what I mean.

As the problem continued, the vet began looking for other causes. Medicines for parasites and symptom relief were prescribed. And, for awhile, it looked as those actually worked. But then the problem came back.

At last, the vet decided tests were in order. Blood was drawn and stools examined. The vet warned me. Sammy could have a vitamin or protein deficiency. Further tests might be required. After sending the blood work out for testing, the highly anticipated results came in. Sammy was perfectly healthy. The diagnosis? The puppy has a sensitive tummy. Can he eat regular dog food? Nope. Can he eat the premium dog foods sold in the pet stores for those canines with stomach ailments? Uh-uh. Instead, Sammy has to live on a prescription dog food diet. Which, as you can probably guess, ain’t cheap. Hey, I love Sammy. I do. And he’s totally worth it. But prescription dog food? Oh, my.

So what’s the point of my story? Simple. If you ever buy a shih-tzu, be prepared for that one-in-a-million pup who isn’t a four-legged garbage disposal. Instead of putting aside money for your child’s college education, start putting aside enough for fancy food.

Check out my latest contest at - http://www.coffeetimeromance.com/ContestPage.html

[laughing] I'm on my 7th and 8th dachshunds, and some of them have been poo-eaters, too. What IS it with that? The worst was my previous pair of little darlings, who were around when my kids were in diapers. In my house, no diaper was safe until it was disposed of outside in a tall, firmly CLOSED garbage can. Ew!!

And then, after all that, they want to lick you! Oy!
My much-beloved, long-ago dachshund had a thing for crayons. But no poo, fortunately. Colored parafin kisses I could take. :-)
Hugs,
Jean Marie

I'm coming to this post a bit late, but one of our two cats has a sensitive tummy. At least he/she doesn't need the prescription stuff! We can still get it at the regular store for less than the price of a barrel of oil.

Paco eats all sorts of things too. Of course, when he um.. gets rid of it, he's always surprised about the whole business. Paco isn't a pure bred, though, just a garden variety doofus type of dog.