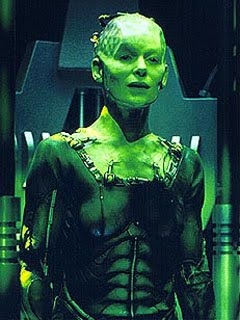 "Right there during dinner,” My brother complained. “She picked up her phone and started texting.”
“Now that is seriously rude,” I replied.
“So I pulled out my phone and set it on the table, thinking she’d get the hint, but no. She didn’t. She just kept right on texting.”
“What was she doing tweeting about ya’ll’s date?”
“I don’t know what she was doing,” Z said, disgusted. “All I know is that it was one of the worst dates I’ve ever been on.”
“So what did you do?”
“I paid out and went home.”
“You mean you just left her there?” I asked, astounded.
“Might as well,” Z shrugged. “It was obvious she wasn’t there for me.”

Ah the distractions of technology. We’ve become so hardwired into it that it’s become an addiction. We have Palm Pre’s Ipods I tunes, mp3 players, blackberries, GPS and other gadgets that whistle sing, tell us where to go, and do a little jig. You can’t even get through a movie without someone’s messenger vibrating, buzzing, singing tacky little tunes. Or worse, some jackass answers their phone and starts talking right in the middle of the movie, as if their call is the most important thing in the world—and you know it isn’t. All you want to do is watch the movie, but the guy behind you is talking loudly, very loudly about minutiae, thinking about how very impressive he is.

Even now, our television is running. Nobody is in the room, but as soon as I turn the damned thing off my husband will be up, wanting to know what happened, turn it back on, then go back to bed.

I like technology as much as the next person, but aren’t we getting a little too attached?

It wasn’t long ago when kids played outside in the sunshine, getting brown and lean as they ran or tramped through vacant lots and green pastures (I live in the country) looking for adventure. Now kids sit inside, attached to a video game, becoming fat and indolent, their imaginations atrophying along with their bodies. How many of those kids even truly know how to play these days, by using nothing more than sticks and garbage can lids and their imaginations?

And Nintendo Wi? Frak that. Here’s a clue. Wanna go bowling? There’s a lane down the street. Wanna play baseball? There’s an actual park two blocks down. Forget about virtual basketball, go out to the playground and shoot some real hoops with real friends. Feel the real ball between your hands, feel the air as it rushes by when you run, sense the elation and satisfaction of really scoring instead of lighting up pixels.

I can happily say I don’t own anything that vibrates, buzzes and beeps. And I don’t want it either. (aside from my desk top) All those gadgets are nothing more than a colossal time suck. They’re supposed to bring us closer together, and in cyberspace that’s true. But in real life, technology separates us, even though we’re sitting across the table from each other.

Another thing I’ve noticed is how much of a time suck the internet is. Every day at 8 am I sit down at the computer, and in theory at least, begin to write. What actually happens is that I get online and screw around, write a little, my IM comes up alerting me to a message, that I absolutely have to answer…even if it’s just as nonsensical as responding to someone’s comment on facebook. Or I’ll tromp around the Stephen King message board, read more mail, play a game, screw around some more, and the next thing you know it’s lunch and I’ve written maybe 200 words.

This has got to stop. Seriously. Any other boss would have fired me for that shit.

So today I’m making a proposal, a challenge if you will. Turn off your technology. I mean really shut it off. Keep your cell with you if you’re traveling of course. Just in case of an emergency, otherwise, turn the damned thing off. And no putting it on vibrate doesn’t count. And whatever you do, don’t text on a date.

Put the ipod away. Turn off the tv and radio if you can. Don’t go online unless it’s truly important. And for me the big challenge is to stay off my IM and that damned facebook.

The second part of this challenge is to get out there and connect with humanity. Not with the electronics that makes it possible, but an honest skin on skin connection. Touch someone today, talk to them, look in their eyes and share the warmth that humanity offers but technology can only give a hint to.

I’m outta here. I’m off to write, for real today. And afterwards I’m going out into the sunshine to meditate, in peace and quiet. Then spend time with the people I love most in the world. Make that honest human connection that only real life can bring.

I look forward to reading your comments, especially if you take me up on my challenge. And I hope you do.
Posted by Patricia at 7:59 AM

I am totally with you. Terrific post ... and very timely, I might add. I'm proud to say that my 10 year old is brown, lean and an active child. She does have a Nintendo, iPod and Playstation, but she isn't glued to them. In fact, I'd say she uses the iPod maybe a couple times a week, the Playstation hardly at all and the Nintendo when she knows we (her parents) are going to be doing something boring.

Myself? Internet is a time suck, but not too bad. I deliberately work from a laptop that isn't connected to the internet ... and actually get work done.

Thanks Liz, I'm delighted you're daughter is outside, getting exercise and sunshine. Sadly not nearly enough kids these days do that.

I love the idea of writing on a laptop without internet access. I'm thinking about disconnecting therouter to mine so I can write without the internet.

Congrats! You have been nominated for the Kreativ Blogger award. Get the logo and rules at http://romanticsuspense.blogspot.com

I am one of the few people in the world that does not carry a cell phone everywhere. My only cell is a Tracfone -- which I use rarely. And we don't own any kind of computer game system.

It amazes me to see people walking down the street with a phone glued to their ear -- particularly when they are with another person who is being completely ignored. I think the movie Wall-E made a wonderful comment on how we are distancing ourselves from humanity with all our gadgets. I just hope it never gets that bad.

You have inspired me -- time to turn off the television for a while.