I'm waist deep in edits right now and would have normally passed this day on to someone else to keep going, but I couldn't lose the chance to share a {{{Happy Dance}}} with you all over my latest contract for A WAY TO A DRAGON'S HEART.  I signed the contract yesterday and officially have a release that's coming out around Halloween.

I think every contract will come with a sigh of relief, but waiting for this one in particular held me anxious and unproductive until the day it came through. It's a story that started years ago and has been through four incarnations in total. The last version I felt strongly about. It was the story I wanted to tell and I believed I'd pulled it off. I was met with disagreement, and although I appreciated the feedback, I couldn't accept the idea that the story wasn't exactly what it's supposed to be. I looked it over and sent it out again and began the endless waiting. The day the contact offer arrived in my inbox, I was finally able to breathe again. I'd known it was ready and it meant the world for someone else to see it too. I only wish it had arrived two weeks sooner, as now I'm behind in everything I couldn't quite bring myself to progress on while the fate of this story hung in the balance.

Here is an entirely unofficial peek at the story. The cover is just a place holder that I made and the excerpt is directly from chapter one, unedited and likely comma deficient, but a lovely glimpse into the tone of the story. Enjoy. 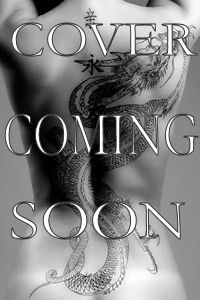 Congratulations--on the story and the release date! It doesn't get better than dragons & Halloween. :-)