Because when you read this I will be once again on the road and away from my computer, here are a few tasty treats cross-posted from my own blog. Talk about "stepping into the mists"...check out the picture from the torchlight ceremony. The mountain was shrouded in fog and all you could see was silhouettes of kilted clansmen. It was like looking through a lens into the past. Enjoy!

A sampling of the bonny kilted men of the 2009 Grandfather Mountain Highland Games. Disclaimer: Because I'm a weenie about asking men if I can take their picture, most of these are rear views. LOL)

Proof that no matter what size and shape, a man who knows how to wear a kilt is sexy. Period. 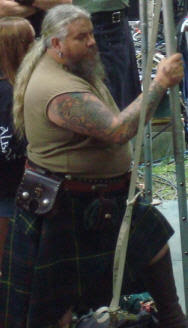 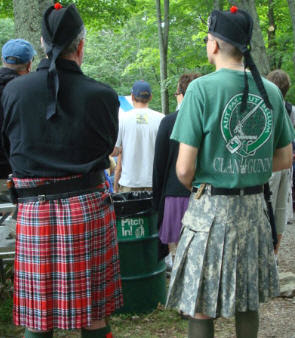 Ibid. No, we were NOT stalking him. Okay, maybe a little. Who can blame us for noticing the nice, er, swing of his plaid when he walked? At one point he wore a Civil War kepi but I didn't manage to snap a picture of him wearing it. 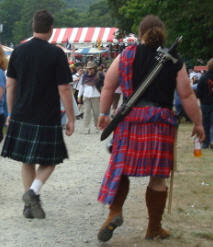 Two kilted guys, traveling in pairs for safety from marauding women with cameras. :)

Torchlight Calling of the Clan ceremony. At first it was so foggy on the mountain we could see nothing but the eerie glow of the torches floating in the thick mist. Toward the end it lifted just enough to pick out the silhouettes of kilted men around the torches. 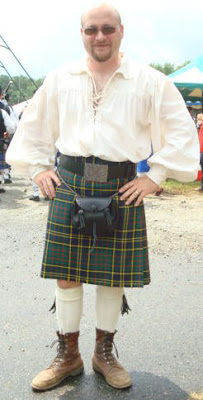 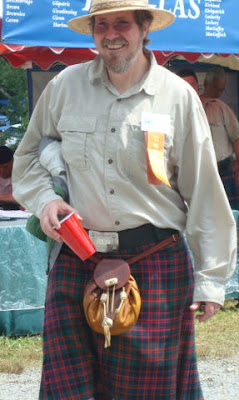 Not a kilted guy. Has no one heard of Photoshop??

Another rare species, known as Nerdicus sonyii, distinguishable by the camera mounted on the head of his staff. (Um, that sounded kind of dirty, didn't it??)

Kilted guy, species Singingtooloudicus annoyinglii. (They had him set up next to the author tents.) 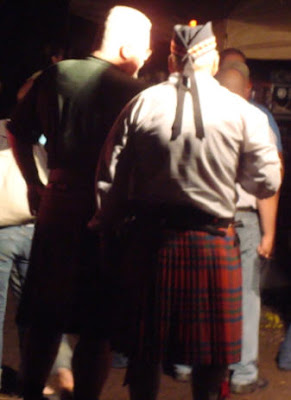 Never too old to appreciate a couple nice sets of shoulders! 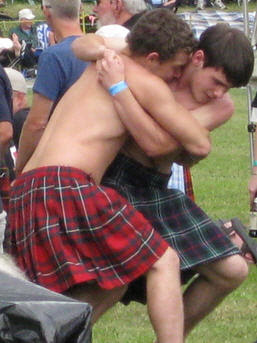 Hope you enjoyed! Next year maybe I'll work up the courage to ask for frontal shots. ;)

PS - Check out the recent review of my fantasy romance, Abhainn's Kiss on Joyfully Reviewed!
Posted by Carolan Ivey at 12:00 AM