Romance and Sci-Fi: The Perfect Ingredients 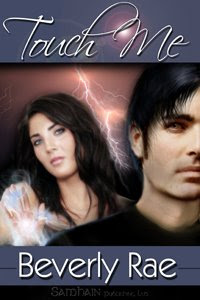 Remember the good old days of where the captain of the spaceship fell in love with the alien female? You know the shows I’m talking about. The alien princess is always beautiful while the dashing American astronaut is the man of every woman’s─and every alien woman’s─dreams. If you’re not old enough to have seen these shows during their prime time years, look for them on your cable listings. They’re still around. Why? Because they’re quality shows.

Today it seems the shows are going the way of the gruesome and violent tendencies of our society. Shows titillate the sexual side of a relationship and show the emotional side as an afterthought. These crime forensic shows and their spin-offs rule the airway. I’m not complaining about these shows. They’re great in their own genre. I am, however, wondering why the sci-fi shows of present day appear to be faltering.

For instance, at one point, the television production companies of today (mainly the other-than-the-top-three networks) churned out some pretty good stuff. But none of those shows ever garnered the support of a majority of viewing fans. Then came the other spin-off shows originating with the popular Stargate movie. Personally, I loved the Stargate SG-1 series but it’s going by the wayside now. Stargate Atlantis had a nice run, but that series will be ending soon, too, leaving many of us feeling lost in a sea of sitcoms.

Could the problem lie in the lack of romance in the shows? For instance, other than Colonel Jack O’Neil flirting with Captain Samantha Carter at SG Command, these shows lacked the prime ingredient of romance. The heroine, for example, spent more time running diagnostics on computer systems than checking out the equipment on any man. Even when she did finally fall in love, that relationship was rarely an integral part of the plot.

Love? Could that really be the missing ingredient? For the most part and in my way of thinking, I believe romance has to be a primary ingredient for any good show. Now that the writers are back from their strike, we can only hope they’re in the mood for love.

Oh???? Gosh, I hope so. But I thought I heard it at the end of their show. The announcer said "series finale" instead of "season finale". Maybe it was just a bad dream? As I said, I hope so.

Yes Beverly, it was just a bad dream. Atlantis has been picked up and will return in June. As for the season beyond that, it isn't settled yet, but we're getting a fifth season and Amanda Tapping is leaving to be replaced by the Wolsey character.

Amanda replaced by Woolsey? Urgh. So not good.

Maybe I was thinking Battlestar Gallatica as doing their last season? Either way, I'm sad.

Thanks for setting me straight.