Yes, I Remember the Sixties, Is That Bad?

Ah, television. Back when I was young, TV was a special pleasure. For years we had a black and white TV. On Sunday night, several of us younger kids went to the end of the street to the one neighbor who had a color set. We’d watch Disney’s Wonderful World of Color. And it was wonderful. Magic. 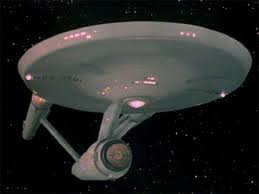 Fast forward to 1966. Star Trek began and we even had a color TV to watch it on. I became an immediate fan, and looked forward to every episode. My mom worried I’d have nightmares, but I was actually more likely to dream of being on the Enterprise and rushing toward new adventures. When the novelizations of the show came out, I sucked them down. A friend suggested I try some real science fiction, and suggested several books. Books by people like Bradbury, Asimov, Clark. I fell hard. I wanted to write SF. But my muse didn’t like the hard SF I loved to read. My muse leaned toward human drama. 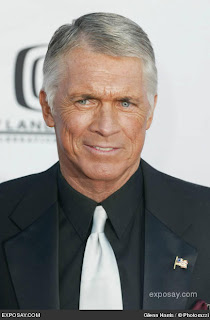 In 1969, the show Medical Center debuted. OK, I’ll admit I had a big time crush on Chad Everett (who’s aged quite well, I must point out). When he had a love scene I just kind of melted. In fact, most intense love scenes (not sex in those days, just holding and kissing and stuff) had my stomach tingling. It took me a while to figure out romance and SF didn’t go together. But oh, if they just could.

Many years later, I heard Catherine Asaro speak. Before SF or paranormal romance was even a subgenre, she talked about combining the two in her work. At that time, the way to do this was to write straight SF and downplay the romance so the predominately-male audience wouldn’t be turned off. Seeing this beautiful, highly educated woman speak was life altering for me. I wanted to combine SF and romance. My muse, however, was still resisting the SF idea, even with romance attached. For years I wrote straight romance, and though I got compliments on my work, I wasn’t getting any contracts.

My muse, however, would let me take altered reality a bit further to fantasy/paranormal. And even let me add romance. By this time, the market was changing. Paranormal romance was a real sub-genre. But I only wrote short fiction. Finally I gave in and wrote a haunted house romance novel. This book got more interest than any other, and eventually got me my first contract. So, I guess I owe my publishing career to Star Trek, Chad Everett, and Catherine Asaro. Thanks, guys!

Have a great week!

Isn't it amazing what matters in the long run? :-)

I'm sure glad you let your muse lead you there! :)

Mmmm...Star Trek and an early love of sci-fi. *Smile* What a lovely journey! :)

Thank you, Jean Marie, Catherine, and Xakara for commenting. And yeah, it truly is strange what matters years later. Strange, and kinda scary, LOL

I think the market is ready for anything inventive and any combination of genres!