Hmm. Maybe I should leave songwriting to the professionals. "Bridge Over Troubled Waters" is much more catchy as a title, no?

The paranormal: we are fascinated by it. We want to believe. We tell stories about ghosts and goblins, dragons and the fey. It’s what we see out of the corner of our eye, or what lives beyond the light at night. We follow spritualists and go to live performances, hoping that maybe it might be real and not a man behind a curtain. 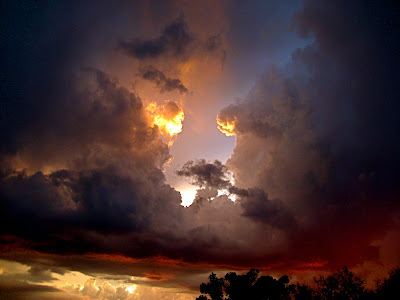 Our tour through television has brought us many different kinds of entertainment, from reality to the outskirts of speculation. Our next theme, “Here There Be Dragons: and Werewolves and More” brings us to those edges and beyond.

As a bridge between September’s and October’s themes, I thought I’d talk a bit about some good dragon and werewolf stories that might not be as well known.

First, the well-known author Ursula K. LeGuin wrote the Earthsea trilogy, which she then continued with Tehanu, the fourth in what is now a cycle. To my pleased surprise, a made for television miniseries was made of the story that is really interesting. Danny Glover is in it, and he rocks. The actor they chose for Ged, and the one for Vetch, are also awesome. The Shadow is deliciously creepy.


On the other end of the spectrum, I have a book called A Century of Lesbian Erotica. In it is “Blood and Silver,” by Pat Califia from 1997. This introduced me to a darker side of fantasy because the idea is a woman transforms into a werewolf, and then leads a secret life of dominating men and making them reveal their own animal natures. This was the first time I encountered the paranormal as a sexual object.

Then someone recommended Laurell K. Hamilton’s Anita Blake novels to me, and I loved them. It was a bridge between very hard-boiled paranormal mystery and erotica, and rather than the traditional fade-to-black at the moment of the bedroom scene, Laurell took us right inside the bedroom with her characters. Very fun.

From what I understand, though I’m hardly an expert, the idea of the vampire as sexually attractive is relatively new. Older legends and myths about them, and about werewolves, weren’t at all like that – they were considered very dangerous, evil predators.

I like the more sexy version. What about you?

Second question: which do you prefer, vampires or werewolves (or other lycanthropes)?
Posted by A. Catherine Noon at 12:01 AM

I totally loved that Earthsea mini-series! As to the question of werewolves and vampires, I'm torn. Some days I love the idea of the darkly glamorous and immortal life of a vampire. Other days I want to be at the complete mercy of a big Alpha werewolf. Maybe I can have both?!

Okay, how about I just get some more coffee?

I guess it depends on whether you consider the vampire an animated corpse or some kind of mutation which gets to live forever on a liquid diet. But I'd opt for a shifter over a werewolf. The idea of wolf pack society superimposed on human behavior is not something I'd want to have anything to do with. I was an Army brat too long. LOL

Hi, Writer and Cat! :P And yes, it does sound like an umpire, doesn't it? I was sitting here watching NCIS and thought to spell it lycanpyre. It could be a cool YA. :P

I never thought of the comparison between a wolf society imposed on human being similar to being an army brat, but it makes a lot of sense. Now it makes me want to do an army wolf story, or something. :P

Thanks for commenting, guys!

I have a hard time deciding which I prefer. I've written extensively about werecats and werewolves in an original series, so I guess that might be the answer. :)