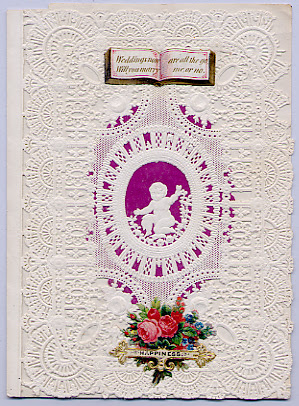 Well, that’s how my family always celebrated it. My dad was a great fan of classic horror films. Dracula was one of his special favorites. As he never failed to remind Mom and me, the 1931 version was released on February 14. Universal billed it as “The story of the strangest Passion the world has ever known”. I think he hoped a midnight showing would eliminate the need to spend the rest of the day chauffeuring Mom from florist to confectionary to jewelry shop. He hoped in vain.

I, on the other hand, was very impressed, especially when someone got the bright idea of casting the then gorgeous Frank Langella as the ultimate vamp in 1977. (He was pretty then. Honest. If you don’t believe me, check out the 1979 film.)

But there’s a lot more to the occasion than my vampire fetish. February is so dreary in the northern hemisphere, people of all places and ages have gone looking for an excuse to party.

The ancient Romans celebrated Lupercalia from February 13-15. The festival was partly in honor of Lupa, the wolf who suckled Rome’s founders Romulus and Remus, and partly to honor Lupercus, the Roman equivalent of Pan. According to Plutarch, young men from all walks of life used to run naked down the streets, wielding thongs made from the skin of sacrificed goats. Young women volunteered for a slap, because it supposedly increased fertility—not to mention gave them a prime opportunity to ogle all those hot male bodies.

St. Valentine was a relative latecomer to the party. Correction—the saints Valentine, plural. Very plural. Until 1969, the Catholic Church recognized eleven different saints named Valentine.
Two of them, Valentine of Rome and Valentine of Fermi, shared the same saint’s day: February 14. Both were honored with churches on the Via Flaminia, the road between Rome and Rimini. Valentine of Rome’s church was located about two miles out of town. Nineteenth century archaeologists found two hundred early Christian inscriptions in the catacombs connected to the church. Nothing particularly romantic, though.

There wasn’t any connection between any of the Valentines and romance until publication of The Golden Legend, a mega-selling collection of saints’ biographies, in 1260—and even then, the connection was pretty thin. The Golden Legend conflated the two Valentines associated with February 14 into a single saint. According to this version, “he” was caught secretly marrying young soldiers in defiance of a law supposedly passed by the Emperor Claudius II around 280 C.E. Before he was beheaded, Valentine cured his jailer’s daughter of blindness, but the original story says nothing about notes “from your Valentine”.

The direct first connection between any of the saints Valentine and romance was made by Geoffrey Chaucer in his poem “The Parliament of Foules” (“The Parliament of Fowls”), written in honor of the engagement of England’s Richard II and Anne of Bohemia. In it, Chaucer wrote:

For this was on seynt Volantynys day
Whan euery byrd comyth there to chese his make.

The only problem is birds in England (or Middle Europe, for that matter) don’t mate in the middle of February. As scholar Henry Ansgar Kelly pointed out in his Chaucer and the Cult of St. Valentine, it’s far more likely Chaucer was talking about St. Valentine of Genoa, whose saint’s day is celebrated at the beginning of May.

Numerous medieval letters and poems speak of a “High Court of Love” convened by the women of Paris on February 14, 1400, to deal with crimes of love and violence against women. There is no firm evidence a real, legal court was held on that date. But there are enough references to suggest a group of noblewomen could’ve staged parties featuring mock courts. Flirting with the judge wasn't just allowed, it was practically required.

The first recorded “Valentine” was a rondeau—a poem of fifteen lines featuring only two rhymes—written by Charles, the Duke of Orleans, to his wife in the mid-1400s. After that, Valentine’s Day was a made day. It even rated a mention in Hamlet, though the placement could’ve been better. The newly mad Ophelia speaks of hanging around her lover’s door the morning of St. Valentine’s Day watching his other amours going and coming, and coming and going… And we know what Lili Von Shtupp would say about that.

In England, printed cards started replacing hand written Valentine Day greetings in the early part of the 19th century, but the greeting card industry didn’t really take off until 19-year-old Esther Howland got into the act. The daughter of a successful Massachusetts book and stationery store owner, Howland created the first mass-produced paper Valentines in 1847. Today, Valentine’s Day is the second biggest holiday for sending cards. Roughly a billion Valentines are sent each year, a number only surpassed by Christmas. Howland’s sense of innovation is celebrated each year in the Greeting Card Association’s Esther Howland Award for a Greeting Card Visionary.

The National Candy Association credits Richard Cadbury, son of the founder of Cadbury’s, with introducing the idea of boxed chocolates for Valentine’s Day. But this momentous event isn’t mentioned anywhere on the Cadbury’s site. Which is truly strange—you’d think they’d want to build him a monument, not sweep the event under the Internet’s version of a rug. I can only guess the site was developed by guys. Women web designers would never be so dim.

In general, flowers and chocolates didn’t become a major part of the Valentine’s Day picture in the 20th century. But American celebrations today have nothing on those in some parts of Asia. In Japan and South Korea, Valentine’s Day is a multi-part holiday. On Valentine’s Day, women give chocolates to the men in their lives. On March 14, the men return the favor. Or not. The South Koreans take it one step further. On April 14, those who didn’t get any chocolates head out to a Chinese restaurant to eat black noodles and mourn their single status.

Any reason to party, I always say. Add chocolate to the mix, and I’m so there. If I throw in DVDs of the Bela Lugosi or Christopher Lee versions of Dracula, so is the spouse. Hmm, I may have to work on that.

Wishing you and yours the very best of the day—and absolutely no reason to eat black noodles. Unless like me, you like squid ink with your pasta.
Posted by Jean Marie Ward at 12:45 AM

Add chocolate to Groundhog Day and it's a party!

I saw Dracula on Broadway in 1978 with Raul Julia as the Dark Prince. Talk about Mmmmmm yummy badness....He personified the role.

My husband has a poster from the road show version of DRACULA headed by Raul Julia. Definitely yummy, and oh so sly. I just wish I could find a video of TAMING OF THE SHREW he did with Meryl Streep for the Playhouse in the Park. Think really tight pants... Hugs and smiles, Jean Marie