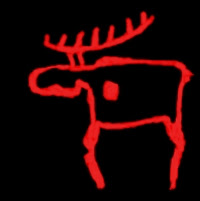 I’m back to my favorite topic today: Mythology!

I’m telling you, though, it’s getting kind of difficult to find Western mythologies to talk about. I really don’t know enough about Eastern cultures to feel comfortable with them, not to mention that some of what I consider mythology is still alive and well in some Asian countries, which makes it more of a religion discussion and to be honest, I don’t want to go there.

However, after some due diligence, I realized that there was one more untapped Norse civilization that I hadn’t discussed. The Finns!

Now, y’all know that I’m a language geek, yes? So it’s not going to surprise you when I tell you that the Finns have a fascinating and unique language. For its place on the map, Finland shares more linguistic heritage with Estonia and Hungary than with its Norse/Germanic-speaking neighbors, but it’s not mutually understandable with either Estonian or Hungarian. Essentially, Finland is a linguistic island in a continent of Indo-European languages. There. Geekness over. On to the fun stuff.

Today’s New Word is: MONOLATRY. According to Dictionary.com, it means “the worship of only one god although other gods are recognized as existing.” The Finns were monolatrists. And who was their supreme god? Ukka, the god of the sky, storms and lightning. As a sky god, he was literally the most highly positioned god in their pantheon.

The Finn’s mythic history, however, deals less with a pantheon of gods and more with an epic saga of heroes.

The main character of the Kalevala is Väinämöinen. He is the eldest and wisest of the Finns, possessing a powerful, magical voice. His quest to find a wife is what ties the first cycle of the Kalevala together. On his journey, he is accompanied by Lemminkäinen, an arrogant, handsome young god as well as the smith, Ilmarinen.
Love is gained and love is lost. The cycle of young Kullervo is rife with grief, rage and tragedy. But the thing that ties the Kalevala together is a magic mill of plenty called the Sampo. Ilmarinen forms the Sampo as a gift to the Maiden of the North, the daughter of the hag who rules Pohjola, which is the land to the north of Finland.

It’s a full, mythic tale, complete with the origin of man, death, self-sacrifice, rebirth and the end of the age of magic. Sound familiar? That’s because J.R.R. Tolkien borrowed heavily from the Kalevala for his LOTR legendarium.

From that historical tidbit alone, I think that the Finnish hero saga is worth further investigation.

You can find out more about Finnish mythology at these sites:
Godchecker.com
Wikipedia
Virtual Finland

And just for fun, don’t forget to check that ultimate source, Scrooge McDuck! There’s an old Disney comic called The Quest for Kalevala. It’s from 1999, so I bet there are still copies out there at used comic places. Go forth and search!
Posted by Sela Carsen at 10:07 PM