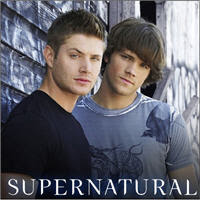 Television is not a passive hobby in my home. We spend the time guessing the storylines and discussing what we would have done differently, yet somehow enjoying it just as it was presented all the same. Very often a favorite show will lead me to the laptop to jot down a random idea brought to mind as my mind turned left while the storyline turned right.

In all of that beloved programming I somehow don’t watch a lot of comedies. Big Bang Theory and How I Met Your Mother are the only ones that come to mind. No, when you look at my list of favorite shows, comedies don’t crop up often, but what does occur time and again are paranormals and procedurals.

Supernatural, Medium, and Ghost Whisperer sit alongside Criminal Minds, The Mentalist, CSI: NY, and Bones. Sometimes I’m lucky and I get a mix; Angel, Moonlight, Fringe and Blood Ties among them. But none of them are quite there yet, (although Blood Ties and Fringe are close), wherever there is.

What I need is the perfect paranormal procedural, the kind of smash-up you’d only hear at a Hollywood pitch meeting:

“It’s about a group of vampire forensic specialists solving crimes against their people by the werewolves they’ve fought for centuries. Think of it as CSI: Underworld”.

“Okay, so we have five paranormals working for the Behavioral Analysis Unit at Quantico. One faerie, one shape-shifter, a vampire, a gifted human and a mystery leader all profile crimes that happen in the paranormal underground. It’s Criminal Minds meets The Merry Gentry series.”

“A woman who can speak to ghosts and read objects works as a medical examiner in Boston, solving crimes with her FBI partner by speaking with the departed or reading their remains. It’s Ghost Whisper meets Bones.”

Wait, that last one I really like. It would be refreshing to have a medium that embraces their gift and actually goes into an industry that surrounds them by the dead so that they can get justice. Somebody call FOX! (And then make a cocktail to help with the mourning period soon to follow when they cancel the new fan favorite).

What are your favorite shows? Which ones inspire you to get to your keyboard to write, or that have you guessing and following along on the edge of your seat? Which genres would you love to see put together and which shows would you smash together to make the perfect series?

P.S. "It's about a man with uncanny powers of observation who is brought in on a secret government project to read the body language and demeanor of captives in the government's custody. He finds out that the strange men are really aliens, sidhe aliens and he's one of them. He has to help them escape back to their world through a teleportation ring kept at Area 51 . It's The Mentalist meets Stargate SG1 meets The Fugitive."
Posted by Xakara at 12:00 AM

Email ThisBlogThis!Share to TwitterShare to FacebookShare to Pinterest
Tags: xakara

It's definitely Supernatural for me. This is one that we discuss, like your family. :) I've gotten a little frustrated it with it this season, as they are not moving the plot along and it isn't grabbing me emotionally as much as it did in the first two seasons.

I haven't seen Mentalist yet, but I hear that it's good, and that it doesn't have much of an over-arching story line that you have to follow from week to week.

To be honest, Ghost Whisperer never tripped my switch. Medium does, but I'll have to rent it on DVD which, sadly, I have to do on many shows. :)

I don't know about an ultimate shows. They usually don't have enough romance or the romance isn't handled the way I prefer. I did really enjoy Pushing Daisies, most recently, and Firefly was quite, quite good. Most of the shows I love get cancelled quickly. Perhaps that's part of it--I love them because I don't have to watch their inevitable decline into mediocracy when they did NOT get cancelled?

Did you happen to notice that your book cover looks like the picture of "the boys"? :)